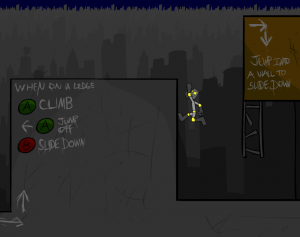 A screenshot from Run Dead showing the night cycle

After a long winter break, DCS continued its meetings by starting with Brian O’Keefe’s progress with his new XNA game: Run Dead. Brian brought in his laptop and hooked it up to the classroom projector. After showing us the progress he made, Brian went over the various pieces of code and reviewed the improvements. The list of improvements include:

Brian discussed the different specific code changes that lead to where the game is now. Expect more details on the progress of the game on Brian’s site, bokstuff.com!