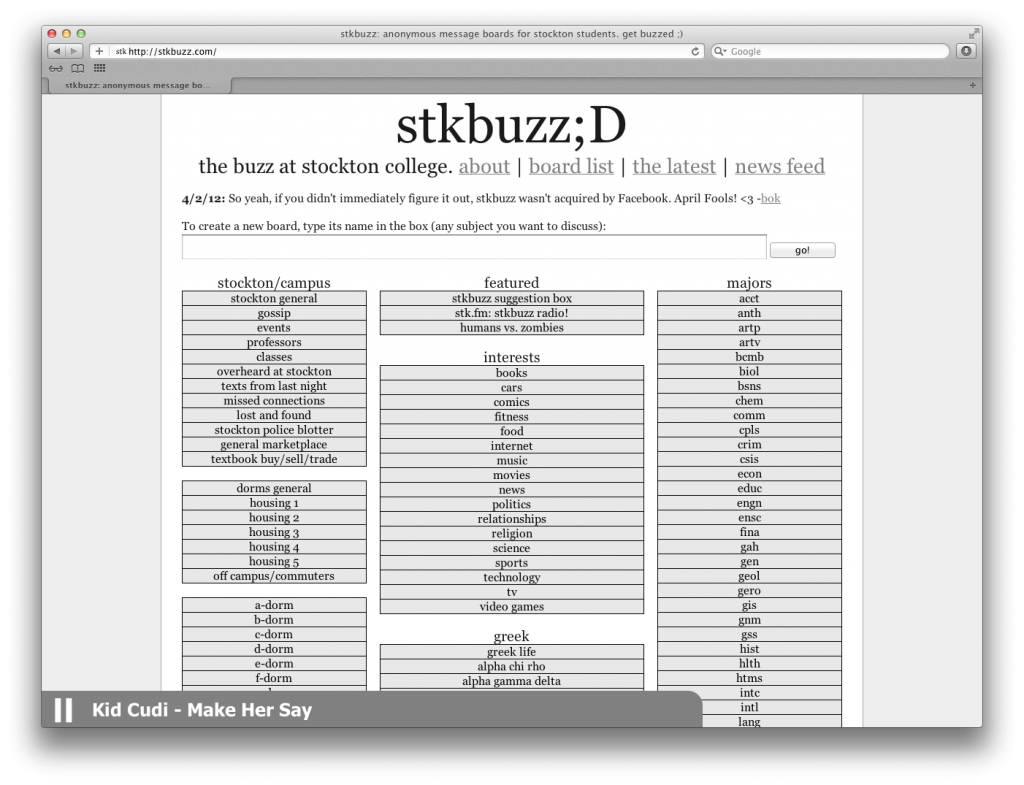 The station was just about ready to launch. Just one part was missing – analytics. It’s difficult to keep track of analytics for streaming audio simply due to the nature of the content. I couldn’t find an existing solution that fit my needs, so I built my own.

I was only majorly concerned with a few different metrics – namely, how many people were listening, what they listened to, and how long they listened. I added a new table to the MySQL database that the rest of the site had been running on to keep track of these metrics. In the player’s check-in process, I added an include for a script which would register analytics. This script would add or update a row for that particular session (identified by PHP session ID) which stored:

It wasn’t possible to derive the length of time the user was actually listening from the start and end times, as the player wouldn’t check in if the stream was paused. However, I of course knew that the player checked in every five seconds, so I could use this to get a fairly close approximation of how much audio was actually streamed.

Between now and the time that I started writing this series of blog posts, I unfortunately had to take stkbuzz down entirely. However, I do intend on making the previously mentioned Python script open source soon – I’d hate to see it go to waste!